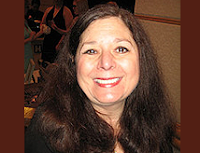 Lisa Mannetti is an award-winning author with a passion for haunted houses, dark fiction, and serious research. She's also a fellow resident of New York's haunted Hudson Valley region and one of the nicest people you'll ever meet.


Research as “Spark” to Creativity

The other day a shrink-wrapped second-hand copy of a book I’d heard a lot about in graduate school but never read, Leslie Fiedler’s Freaks: Myths and Images of the Secret Self, arrived on my doorstep via Amazon. I ordered it because the frame story of the novel-in-progress I’m working on (Radium Girl) is set in a post WW I era circus sideshow.

To date, I’ve read at least thirty to forty books and articles about radium, the dial painters’ tragedy, dentistry, circuses, sideshows, carnivals, freaks, and the time period, and I admit I haven’t read all of Fiedler’s highly interesting book yet, and further, that the title alone has really intrigued me. (How often do we even think about the myths and images of our secret selves—much less that “freaks” may mirror the fears we have about our identities?) Clearly, here’s a book that could give any writer enough food for thought to delve deeply into the schematics of a dozen books or stories or poems. (Not to mention epigraphs galore for my own little opus.)

But since I’ve just begun it, I’ll share something that I read early on in Chapter 2 that startled me: “In any event, not until Victorian times was the housebroken wolf sentimentalized into ‘man’s best friend.’ Until then, dogs were alternately fed and kicked by men….”


Before you whir past Fiedler’s small statement think about it for a second.


It surprised me because somehow I thought the “dog as man’s best friend” theory (cliché, postulate—whatever you want to call it) had to have been around for thousands of years. It’s a phrase we begin hearing in earliest childhood, and we grow up believing it: even if we’re cat people, we just assume that dogs are some people’s best friends. Additionally, even cat people (like me) cry at the end of Old Yeller. So, what the hell is Fiedler talking about? I mean Shakespeare must have something in his canon about dogs and friendship, and what about the thousands of paintings done over the years—all those English and Dutch painters with the kids and the dogs, the drunks and the dogs…what about those?


So I Googled it and discovered—lo and behold—Fiedler was essentially right. Okay, Odysseus loved Argos, but here’s what Wikipedia has to say: 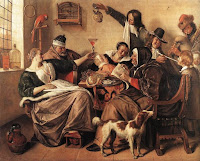 Previous to the 19th century, dogs, other than lap dogs, were largely functional. Used for activities such as hunting, watching, and guarding, language describing the dog often reflected these positions within society. According to the Oxford English Dictionary, “In the oldest proverbs and phrases dogs are rarely depicted as faithful or as man’s best friend, but as vicious, ravening, or watchful.”


Beginning in the 18th century, multiplying in the 19th and flourishing in the 20th century, language and attitudes towards dogs began to shift. Possibly, this societal shift can be attributed to discovery of the rabies vaccine in 1869…

The point is, my graduate degree is in 18th and 19th century English literature and yet I assumed that dogs have been man’s best friend for thousands of years, since they were first domesticated. I took it as a given; I took it for granted. That may not seem like a big deal—but it is. First of all, even ancillary research (recall I’m reading Fiedler as sort of background for the novel in progress) can get you thinking out of the box. It can (as it did for me) challenge long-held or cherished assumptions. In other words, it jumpstarts your creativity and that’s crucial for your writing.


Let’s look at the second quick-research flight….and now I have a new image in my mind about dogs—ravening, guarding snarling curs…. Now I’m thinking about all those scrawny thinned-down pups who seem—at first glance—sort of part of the revels in fifty zillion Dutch paintings but who are really not only not treasured, but no more than useful (if that) to their owners. At this point I realize that there could be a pirate’s trove of stories just looking at one 17th Dutch painting from a different perspective. Not only that, I have this wonderful thought about the change in our group thinking regarding dogs after the rabies vaccine was invented. The two most famous rabid dogs are, of course, Old Yeller and Tim Robinson in To Kill a Mockingbird…well, you get the idea: simple research pays off. It might be a story I want to write when I finish this book, it might be a scene I’d now insert into my current work. What if my character’s fiancée gets rabies? Or her best friend? Or her mother? Or the geek in the sideshow? If my book is about betrayal, what other “betrayal” motifs can be portrayed through dogs as man’s best friend?

You get the idea…and the best news of all is that it’s nearly infinite. The smallest bit of time invested almost always yields—in addition to information—insights, redefined thinking and huge creative jumps that can help your book or story enormously.

So the next time you’re about to write a scene that’s (ultimately) reminiscent of the stuff the biggies in our industry have been writing about for hundreds of years, try a little research…maybe you’ll find a wonderful way to combine what you learn with the plot you have in mind and end up creating something entirely different. A big pay off, in other words, for you and for your readers.


Lisa Mannetti’s debut novel, The Gentling Box, garnered a Bram Stoker Award and she has since been nominated three times for the prestigious award in both the short and long fiction categories: Her story, “Everybody Wins,” was made into a short film and her novella, “Dissolution,” will soon be a feature-length film directed by Paul Leyden. Recent short stories include, “Esmeralda’s Stocking” in Never Fear: Christmas Terrors; “Resurgam” in Zombies: More Recent Dead edited by Paula Guran, and “Almost Everybody Wins,” in Insidious Assassins. Her work, including The Gentling Box, and “1925: A Fall River Halloween” has been translated into Italian.

In addition to The Box Jumper, she has also authored The New Adventures of Tom Sawyer and Huck Finn, two companion novellas in Deathwatch, a macabre gag book, 51 Fiendish Ways to Leave your Lover, as well as non-fiction books, and numerous articles and short stories in newspapers, magazines and anthologies. Forthcoming works include “Arbeit Macht Frei” in Gutted: Beautiful Horror Stories and a novel about the dial-painter tragedy in the post-WWI era, Radium Girl. 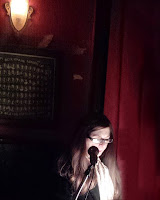 January 26, 2017
Catherine Cavendish is the author of  several novels and novellas, including The Devil's Serenade, Dark Avenging Angel, Saving Grace Devine, and The Pendle Curse. Today she's here to talk about some rather unsettling imaginary friends. When you were growing up, did you have an imaginary friend? Did they seem real to you? Maybe sort-of-real. You could talk to them, imagine their responses, play with them - but you probably kept the ‘relationship’ within certain boundaries, however young you were. In my case, I invented an entire family of siblings – three sisters (two older, one a few years younger) and an older brother who looked out for us girls. Being an only child, I found them comforting, and fun, but I never imagined them to be real. They, in turn, kept themselves firmly lodged in my own mind and never attempted to cross any boundary into the real world. In my novel, The Devil’s Serenade, my central character also had an imaginary family when she was a child
11 comments
Read more